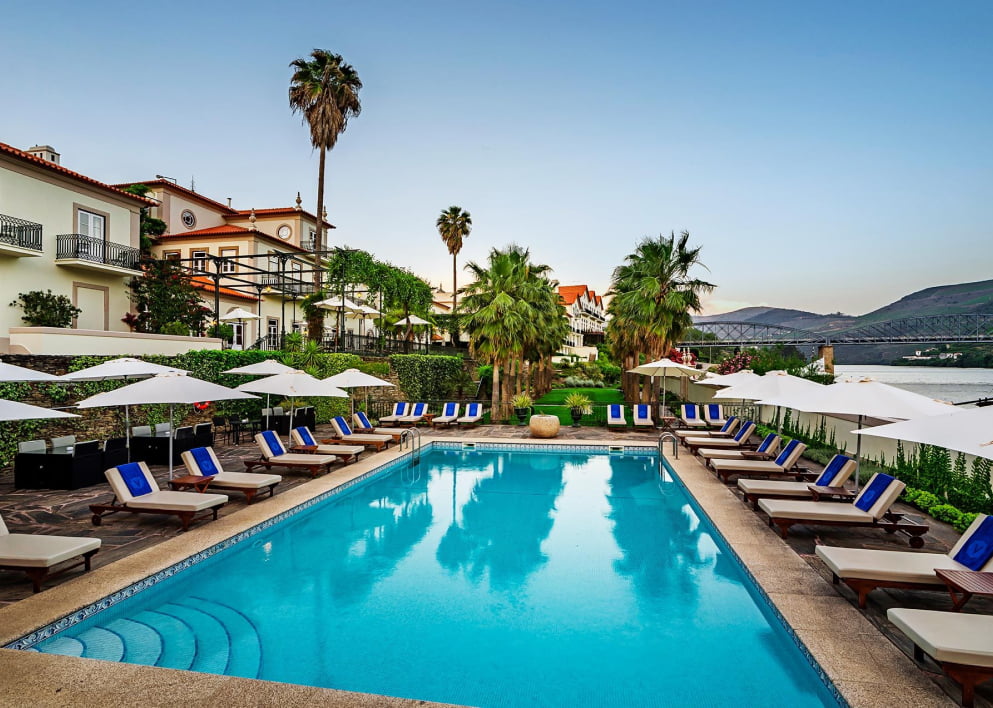 Breakfast included
When booking directly with us, breakfast is included!

Use of the tennis court inlcuded

Viseu is a Portuguese city belonging to the Centro region with around 68,000 inhabitants, being the second largest city in central Portugal, after Coimbra. It is also the capital of the district of the same name, with a population of around 100,000.

The center of Viseu is about 90 km from Pinhão, a journey of approximately 1 hour and 15 minutes by car.

This city is definitely worth a visit, mainly because of its delicious cuisine, invigorating thermal baths, fine museums and its magnificent Cathedral (Sé).

The Quartz Museum (the Galopim de Carvalho Interpretation Centre) was the first museum entirely dedicated to only one mineral, quartz.

Here, one can find a centre for science, multiple exhibition rooms, an auditorium and a library.

Tesouro da Catedral (Cathedral Treasure) is the name given to the museum housed on the top floor of Saint Mary’s Cathedral in Viseu.

The outline of the Sé’s towers (built between the 12th and 17th Centuries) is a prominent image for those visiting the city of Viseu.

The Cathedral was built on the spot where a primitive temple once lay, from the Suebi Visigothic era (between the 5th and 7th Centuries), whose structure was recently revealed following archeological excavations.

Its attributes, namely its mannerist façade and dome, ribbed in the form of a cross, make this cathedral a mandatory stop for those visiting the city and those who appreciate sacred art.

Stay up to date

Be the first! Sign up to receive all the exclusive offers and latest news from The Vintage House.

This website uses cookies that enable the presentation of services and offers tailored to your interests. By continuing your browsing, you are consenting to its use.